​Students, through the items below, you will learn about the Covid-19 vaccine.  This may be information to share with your parents, to use in conversation with friends, and to help you and your family make informed decisions about whether you want to be vaccinated.  Your teacher will determine the scoring, if any, for these assignments.
​
I.  What are vaccines?  How did they originate?
As you watch the video, fill in the blanks.
​
1. Vaccines originated in ____________ Asia and ____________ as people sought to stop the spread of ____________.

7.  What questions do you now have about vaccines?
II.  What is Immunity?
Answer the questions after watching the video above.

1.  What is the Immune System?

2.  Which body cells make up the immune system?

4.  Once the germ is gone, the immune response stops, but leaves behind ____________ cells that remember the invader in case it appears again.

7.  Why might someone opt for a vaccine rather than the actual virus?

8.  Some viruses change their configuration regularly preventing the immune system from recognizing it.  The different configurations of the same virus are called strains.  For this reason, a vaccine may only protect against a single strain.  A different strain of the virus could still infect the person.  This is why we must get a flu shot (influenza vaccine) each year to be protected against that year's flu.  If you were vaccinated against the flu in 2016, are you still immune to that strain of the flu?
Explain.

​
III.  How do we know a vaccine has caused immunity?
As you watch the video, fill in the blanks of the statements below.

4.  On December 10, 2020, a panel of doctors representing the  US Food and Drug Administration voted to authorize the use of the Covid-19 vaccine for individuals 16 and over, produced by Pfizer Pharmaceuticals.  Based on what you know about how the trials work, what are your thoughts about this vaccine?   See article for more information.

​The rest is for middle and high school students only...
unless you are an elementary school student who likes a challenge!
Below you will find a screenshot from the actual document Pfizer submitted to the US Food and Drug Administration for review and approval.  The whole document is 53 pages long, but below are a few important segments.  It looks hard to read, but it's not!
See the full Pfizer Document
​This video offers more detail about this vaccine as an mRNA vaccine, a fairly new technology.
How does examining the demographic info affect your thoughts about the vaccine?
Phase 3 Trail Participants were tested for Covid-19 one week after their second dose of the vaccine.
Further study of the efficacy of the BNT162b2 vaccine extended for 119 days after the first dose of vaccine.   The line graph below shows the incidence of positive Covid-19 tests for those who received the vaccine in blue and those who received the placebo in red.  For those who tested positive, if they also had to be hospitalized, their square is filled in with S to indicate that it was severe.
The chart below shows the side effects reported by the study participants.
So, what do you think?
​
You may not be 16 years old, so unable to take the Covid-19 vaccine,
but what do you think of the way it has been studied?

How will you share what you have learned with your parents?
Will you advise them to be vaccinated or not?  Why? 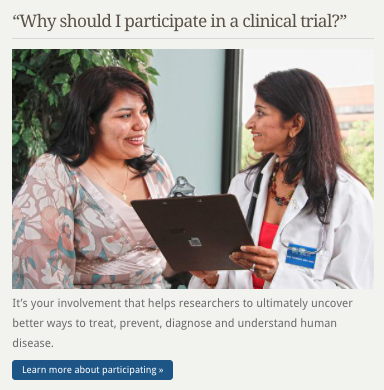